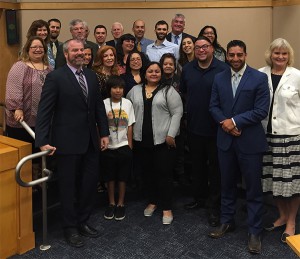 Berkey Williams LLP represented the Kashia Band of Pomo Indians in a complicated transaction to reacquire a critical part of the Tribe’s ancestral lands.  In early December 2015, the Kashia Band obtained fee title to nearly 700 acres of ancestral land on the coast of California.  The land is near the Tribe’s Stewarts Point Reservation.  It contains ancient village sites, trails, and of utmost significance, access to the bluffs, shoreline and Pacific Ocean.  Kashia Chairman Reno Franklin had said that his was a “coastal Tribe without access to the coast.”  This purchase restored to the Kashia people unfettered access to their coast for the first time in more than 150 years.

With the assistance of Scott Williams of Berkey Williams LLP and the Trust for Public Land, and under the leadership of Chairman Franklin and the Kashia Tribal Council, the Tribe pieced together a variety of transactions to secure the $6 million purchase price.  It sold a conservation easement and a trail easement (a pathway that will be part of California’s coastal trail network), secured grants from private foundations (Gordon and Betty Moore Foundation and Lannan Foundation), and obtained a loan from the Indian Land Capital Corporation.  The Tribe will manage the property to restore the forested acres as closely as possible to their condition prior to the arrival of the Russians (the first non-Indians to have contact with the Kashia).