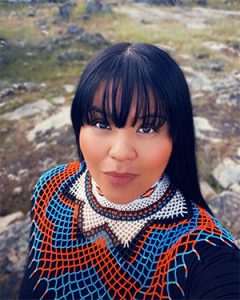 Janet Bill is a member of the Picayune Rancheria of Chukchansi Indians. She earned both her Bachelor of Arts, with honors, degree and Master of Arts degree from Stanford University.

While at Stanford University, she was very active in the Native American community and was co-chair of the Stanford American Indian Organization (2010-2011). Janet was awarded the 2012 Robert B. Zajonc Award of Excellence in Honors Research and was the winner of the 17th Annual Oskinson Writing Competition.

Prior to law school, Janet worked at the Owens Valley Career Development Center’s Big Sandy Rancheria Tribal TANF site. She began her law school experience as a member of the Pre-Law Summer Institute (PLSI) Class of 2017. At PLSI, she was awarded the 2017 Sonosky Law Firm award for Top Student in Advocacy.

Janet is a graduate of the Sandra Day O’Connor College of Law at Arizona State University (ASU), where she received the Indian Law Certificate and highest distinction for her pro bono hours working for Native American communities.

While attending law school, Janet was a Legal Fellow for the U.S. Senate Committee on Indian Affairs – Office of the Vice Chairman Senator Udall and served as a Law Clerk for the Morongo Band of Mission Indians, Salt River Pima-Maricopa Indian Community, and the ASU Indian Legal Clinic.

She serves on the California Indian Law Association, Inc.’s Board of Directors. Janet was recently appointed to the Board of Trustees for the Sierra Unified School District. She is the first Native American to hold this distinguished position in the district’s 100-year tenure.

Since joining the law firm, Janet has served Tribal clients in many areas of the law, including Indian child welfare, health care, Tribal TANF, employment, water rights, environmental and cultural resources protection, and Tribal code development. She uses this experience to advocate for Tribal clients in both Tribal and state courts. Janet is honored to continue serving Tribal communities in an Of Counsel position with Berkey Williams LLP.