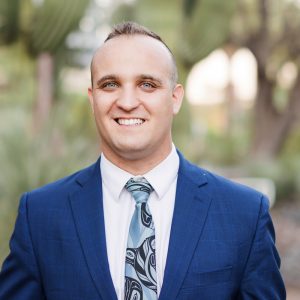 Berkey Williams LLP is delighted to announce that Dillon Dobson, a member of the Cowlitz Indian Tribe, will be the Firm’s 2022-2023 Indian Law Fellow.

Dillon earned his B.A. from the University of Redlands in 2013, where he crafted his personalized major in Community Organizing and Indigenous Realities.  After graduating from Redlands, Dillon worked in Pomo and Wailaki Country as the Director of the United Native Housing Development Corporation and as the Cahto Tribe’s Housing Director.  In 2022, he earned his J.D. from the University of Arizona School of Law.  He received the Indigenous Peoples Law and Policy Program’s certificate in Indigenous Peoples Law and Policy.

While at UA Law, Dillon served as the Vice-President and President of the Native American Law Students Association.  He also served as a Managing Editor on the Arizona Journal of Environmental Law and Policy where he published his first article, Sustainable Red Power: Tribal Energy Sovereignty and the Way Forward.

As part of IPLP’s International Human Rights Advocacy Workshop, Dillon supported the UN Special Rapporteur on the Rights of Indigenous Peoples, Francisco Calí Tzay.  In the workshop, Dillon drafted a Communication and prepared part of the Mandate’s annual thematic report on Protected Areas and Indigenous Peoples’ Rights to the 77th Session of the United Nations General Assembly.  Dillon also participated in the Tribal Justice Clinic where he worked on matters for various tribal clients under the law faculty supervision.